Truth be told I did not wake up in a Christmas mood. The sun outside and the humidity that hit you when you exited the bedroom this morning in order to see if Santa has swung by the balcony during the night didn’t help. He had though. Swung by I mean. 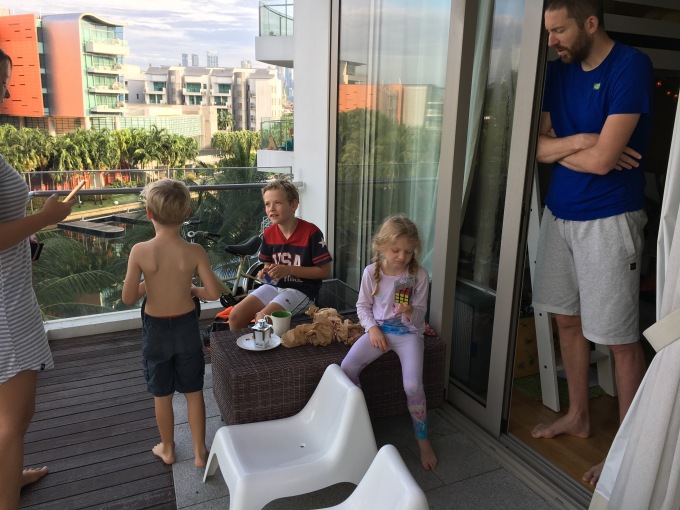 The look on my daughter’s face when realising that he had left her a rubic cube for the cookies and coffee (yeah, my nephew thought he’d appreciate the coffee more) was priceless though. So much so I’ll zoom it for your viewing pleasure.

Yeah, she wasn’t happy. But that quickly changed when she came out to the living room and saw the presents under the tree.

Apparently Santa’s little helpers found their way to Singapore as well, despite the fact that we had said “limited amount of presents”… Never works.

After breakfast we headed for the annual Christmas Bath. This time it wasn’t in the tub though. Well, a very large one in that case..

And then the eating started… and it hasn’t stopped since. I’ll be forever grateful for the fact that I’ve managed to keep up my gym routine during the vacation as well… Saffron buns, candies and fudge. And that’s before lunch/dinner. You see, we usually have breakfast on Christmas Eve & then a late lunch that also serves as dinner. It’s called a “Julbord” (Christmas Table) and it’s filled with different kind of herrings, salmon, eggs and other cold cuts. Then there’s Janson’s Temptation, a potato based dish, meatballs, cocktail sausages etc. And ham. Mustard glazed ham.

It hasn’t really changed much is the last centuries and it brings a slight comfort to your winter celebrations. By this time I was warming up to the idea that it is, in fact, Christmas Eve and that my Winter Wonderland is where I imagine it to be. And it can be here too, despite the heat and humidity. So I’m officially convinced. Sure, I still prefer my winter cabin & open fire. My sheepskin rug and my book, but I can do tropics too. Heck, I can do anything. As long as I am in the company of greatness. Like this trio. 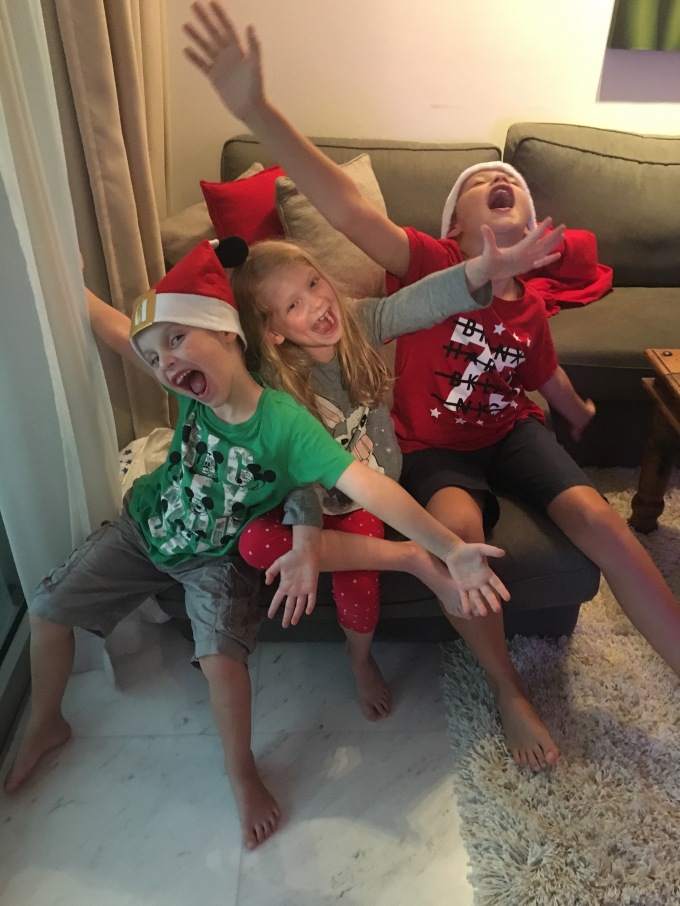 How they have entertained us today.. and they have behaved too, despite having an iPad ban for the day. So when the moment for opening of presents came, they had so deserved it.

And judging by the amount of presents, apparently they’ve been good. 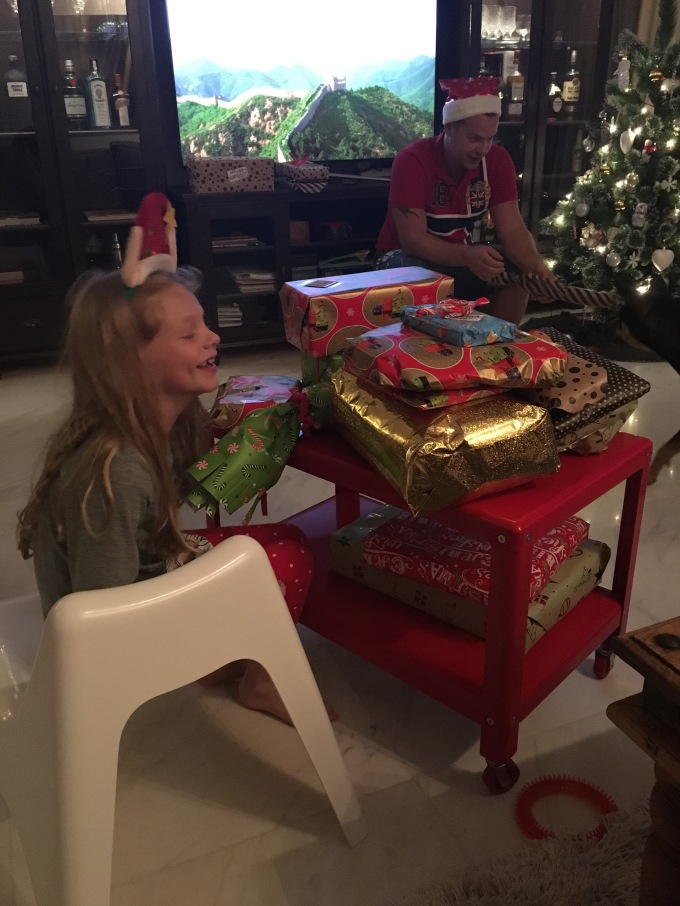 For kids that’s a good thing, for adults, I’m not as convinced. I’d probably rather be just a little bit naughty than all good, much more fun. And it looks like I have been because the presents were scarce. I got one, from my daughter. A furry key chain that she had purchased at her school Christmas fair. All by herself. Bless. But before you lynch my hubby (that’s my job by the way) it was the deal we made, no presents. This trip is enough.

So after all the presents have been opened, the food has been eaten, Donald Duck has graced the TV via streaming from Sweden and after the kids have fallen asleep on the sofa. Was it, or wasn’t it a good Christmas Eve?

The best. I got to spend it with family..