Nina without writing would be like Christmas without Santa. Boring. We feed of each other, we make each other sane, insane – in love, filled with hatred and happy or sad. Nina without a pen and a paper (or in this case a keyboard on an iPhone) would be plain bland. And stuck with all these crazy ideas in her head just edging to get out. Nina without writing would be on Prozac. And people, I’m not so sure you’d want to experience that. So let’s keep this up shall we?

I’ve had a weekend of balances believe me or not. Truth be told I haven’t written a work related email since Friday afternoon. Word. Instead I ventured out of my comfort zone by joining my fantastic girlfriend, and bargain hunter extraordinaire, Lotta and my highly reluctant daughter Ms S, on a premiere trip to Beijing’s Pearl Market. No, this is not the twitter feed of President Trump so it’s not a joke, it’s REAL news people, real news. We went out of Sanlitun… It was weeks since I last did that (which is scary in itself). But you see, I’ve realised that I need to find a mental balance or I will end up crashing hard into a wall of exhaustion or end up at the nearest clinic with an ulcer. No joke here either, I have heard it from a reliable source, the Internet. (yes, THAT was a joke – keep up people..)

So what did we end up buying at this Mecca of goodies just waiting to be grabbed, after lengthy bargaining sessions between Ms Lotta & the vendors? Well Lotta managed to negotiate me a new carry on luggage to which you can hook on you computer bag so now I don’t have to break my back anymore while going back and forth to Sweden. Appreciated.

Ms S went for the usual “but moooom, all kids at school has one of these approach..” and came home with the most ugly blinged out fox I’ve ever seen (to put on her school bag).. 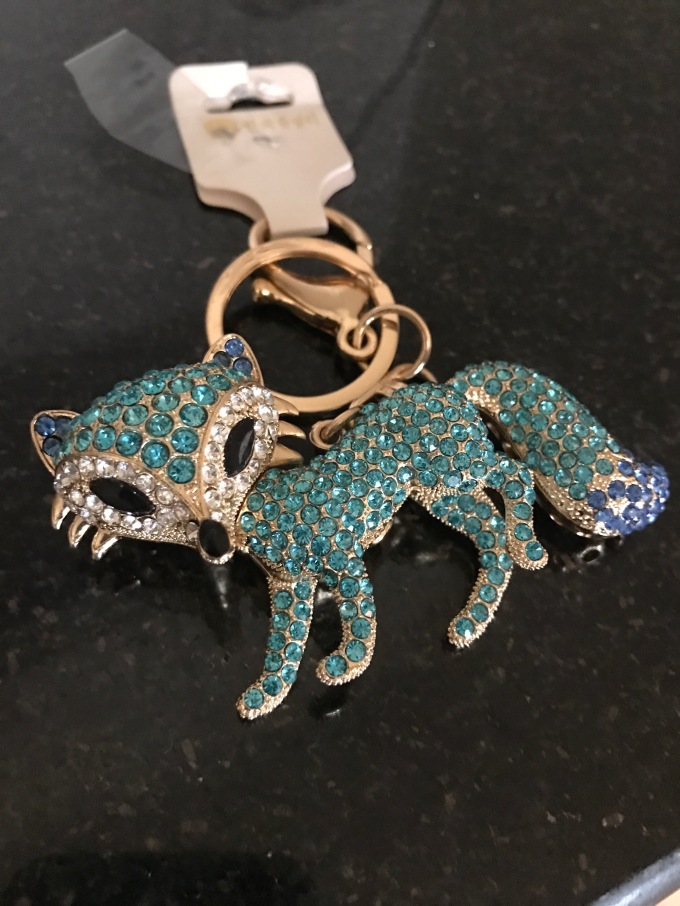 a small cuddly stuffed animal of unknown species (she has too many), a thermos bottle (no joke here, apparently it’s the new IT thing) and, courtesy of Ms Lotta, a golden fortune cat waving frantically in our hallway.

All in all a shopping heaven.

But the shopping wasn’t the point of this story people, the point was that once in a while you simply have to leave your comfort zone & find a balance between work and life. And yesterday I did just that. When was the last time I didn’t look at my phone for 2 1/2 hours unless I was sleeping or unconscious? Can’t remember. ﻿

Furthermore, spring has slowly but surely started to arrive in Beijing which is why I’m dusting off the garden furniture..

So you can see why breaking up with my blog would be a huge mistake. We’re just meant to be.