One of those things happened last Friday in my home town, Stockholm. One man hijacked a lorry and took the conscious decision to drive it in to a pedestrian street in the aim of injuring and killing people. That choice can never be explained or justified in any way. The sorrow that man has caused loved ones of the deceased and those injured can never be defended and the fear that he struck into the heart of Stockholmers on that Friday afternoon is simplyunforgivable. 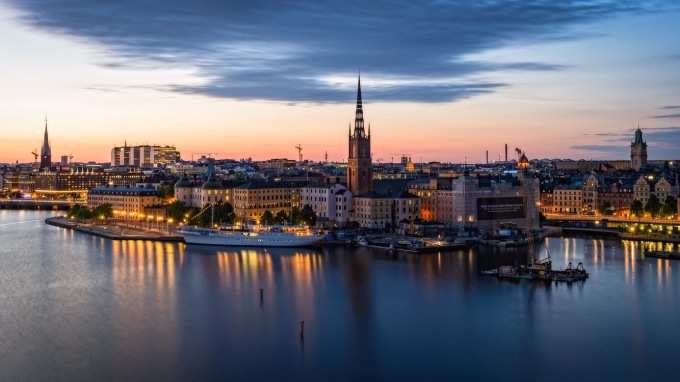 I was an observer last Friday. From a distance I watched news sites reporting about a suspected terror attack. Images of dazed and confused people filled the TV-screen and I found myself texting family and friends to see if everyone was ok. Thankfully they all answered quickly and I could relax. I remember feeling that I wanted to go home. This doesn’t happen, not in Sweden.

But it did. And instead of panicking, of letting fear cloud their minds and their heart, my beloved countrymen came together like never before. It wasn’t long before the public transport system was shut down and people all over Stockholm found themselves trapped at their place of work or in a shop. It was then the movement #OpenStockholm really set of. It created a place on social media in where people could ask for help or offer their services. On my personal Facebook page several friends outside of the city centre offered their help in picking up kids from their school or kindergarten, food stores offered stranded parents help to get food out to their kids waiting at home, people rode their motorcycles into town in order to assist people to get home and people opened their homes to strangers needing a place to stay. ❤️ I have never been prouder.

The days that followed the attack were not filled with fear of messages of hate. They were filled with stories of heroes, images of love and a strong message that “we will never surrender to terror nor fear”. Unity. The suspected perpetrator was swiftly caught by the police and praise went out to the readiness of the Stockholm police and the assistance they gave the people affected. Appreciation which was shown in the most incredible of ways – this picture below circulated the media a lot during the following days, showing Stockholmers thanking the police force for their services. 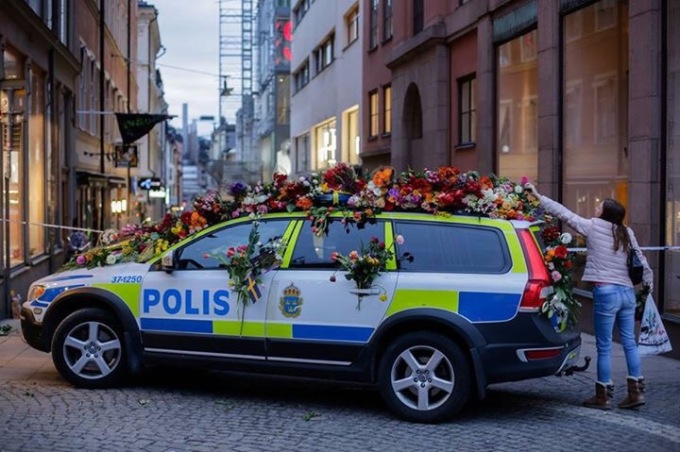 On Sunday afternoon, Stockholm came together like never before. I watched images and videos from the event unfold on social media and I don’t think I’ve ever seen such a crowd. It was truly a slap in the face of those who wished us to be afraid. To fear our neighbours and to always keep one eye open in large crowds or gatherings. 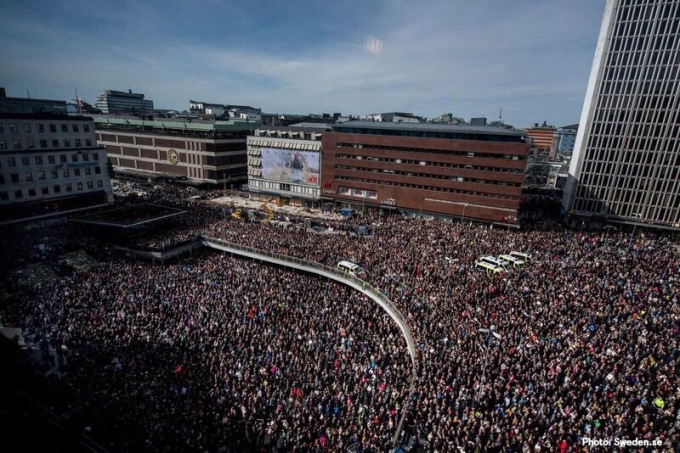 This is ﻿pure love. This was a statement. This was my Stockholm at its best. This is what I’m proud of.

So to Stockholm, from Beijing. Always on my mind. ❤️