I realised today that if my girl ever needs a personal cheerleader, I’m your woman. Hell yes I can spur on any crowd or participant and seriously crank up the excitement level of any reveals. Including those of earned House Points at my daughters school… You see today was her “End of year” ceremony and one of the programme points was just that – which house scored most points.. It was a nail biting kind of moment and mom, well I was psyched for Team Vikings (Go Yellow!)

The anticipation almost killed it, just as the final reveal did my voice. I was ecstatic – they won! All those moments when she came home with certificates for earned house points finally paid off. It was worth saving them all for future references!

That was until I saw her less impressed reaction.

I mean come on. Too cool for school or what? How come I, the Mom, gets more excited than she does. And that’s when it hit me. I’ve become “one of those”… One of those annoyingly controlling shouting parents who embarrass their child in front of a large audience of their friends…

But come on, I’m cool aren’t I? I’m down with the crew and all that? Apparently not. My daughter spent most of the morning trying to avoid me and my camera.. You don’t believe me? Didn’t get a single good picture of her. Not one. And come on, I’m pretty good at that.

And you know what excuse I got when she came home from school and I asked her about it..? “I was tired, mom”. It has begun. Soon I’ll be both but a necessary evil. Damn these budding teenage behaviours. 😊

Apart from playing “Where’s Waldo” with my daughter, today’s high point was staring at this youngster checking out the stock markets on her phone during the whole ceremony. All while schussing her youngest grandchild sitting next to her if and when she started crying. It took a while but then I noticed that she was in full trading mode for sure. Major respect. 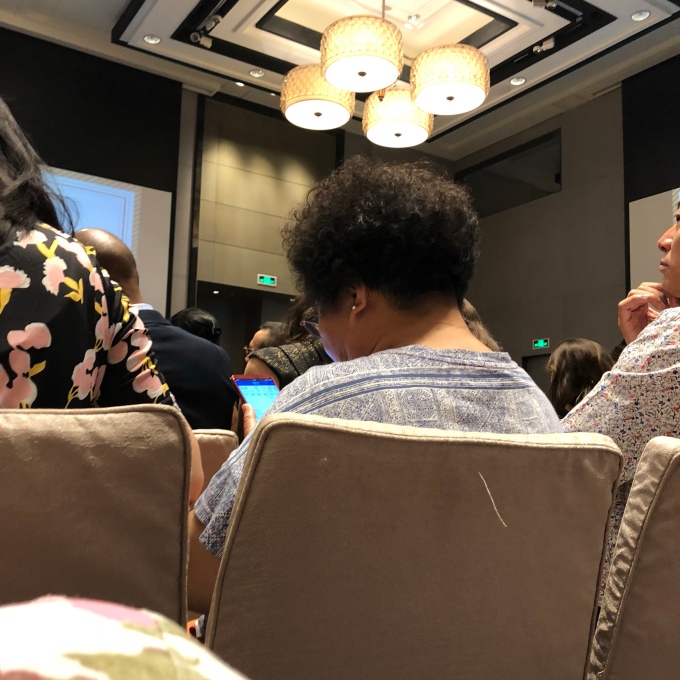